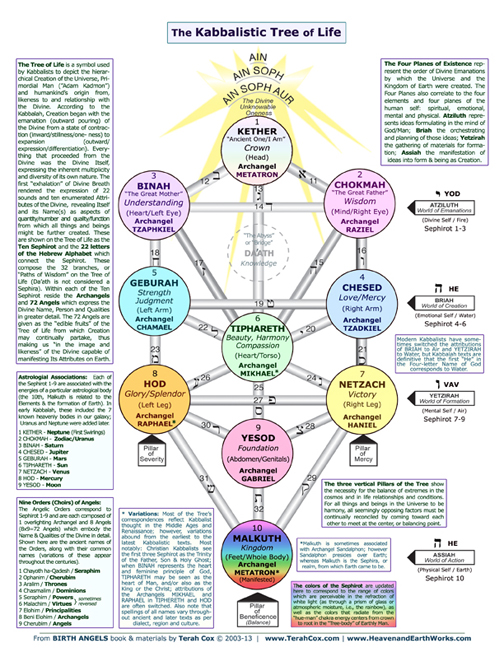 Provides a symbolic flow chart and summary of Kabbalah creation cosmology and the two-way "As above, so below" relationship between the Human and the Divine. Shows the Ten Sephirot and the 22 Paths (Hebrew letters) that connect them, the Four Worlds of Existence, the four elements and corresponding aspects of the human being, plus correspondences to the Archangels, astrological bodies and human body, expressed by the Tree symbology as Universal Man, "Adam Kadmon."

**Please note that the global price of paper has skyrocketed(!), so we have had to raise the prices on the 8.5x11 and 16x20. The biggest jump is on the 16x20 because it is printed on a wide format commercial press on heavyweight paper. The 16x20 is one-sided only and not laminated, but will also come with an 8.5x11 unlaminated version as a bonus gift, which will include the text on the reverse side. These will be shipped together in a rolled format.